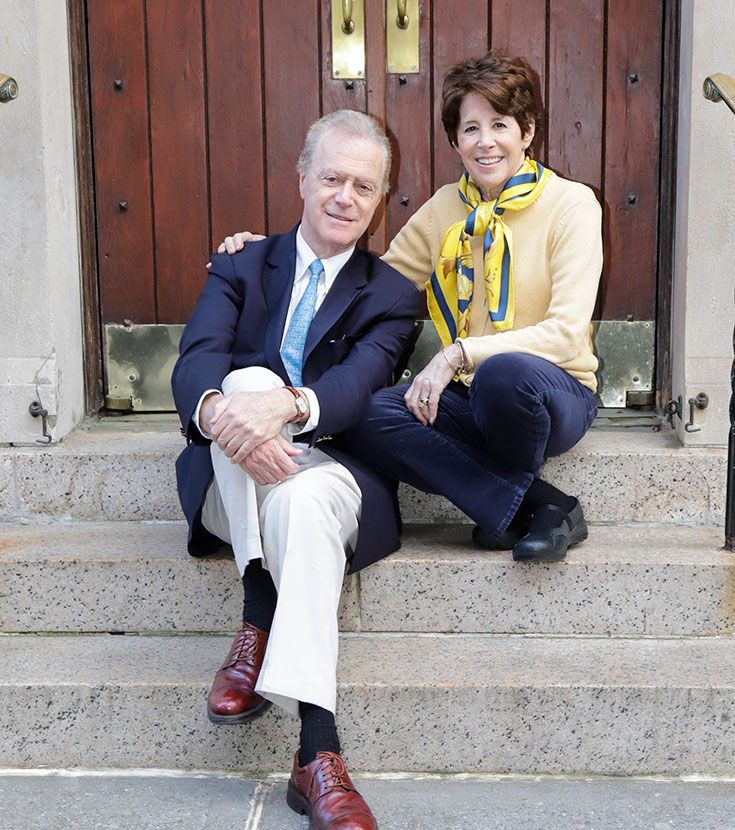 Ronald and Jayme Stewart, a young couple with a large dream, founded York Prep. Having worked for a number of years together at Tripp Lake Camp in Maine, the Stewarts—he a British barrister, she an English teacher—dreamed of educating students in the same close and personal manner they learned from their camp experience. Their goal was to establish a structured, compassionate private school that would challenge its students and enable them to achieve academic and personal success.

During the summer of 1969, the Stewarts simultaneously saw prospective parents and supervised the renovation of an abandoned building at 116 East 85th Street. York Prep opened its doors to 158 students in September of that year. From the beginning, the school was blessed with extraordinary teachers, many of whom were close friends of the young couple. Several faculty and administration members hired in those initial years are still with the school today.

Since its inception, York Prep has been a traditional private college preparatory school with a dress code and structured classes. However, the school quickly distinguished itself by adopting ability-level groupings in order to optimize students’ academic achievement; this strategy continues to the present.

In 1997, an opportunity to take over a building on West 68th Street presented itself. Although in a state of disrepair, the building’s intrinsic majesty was apparent to the school administration. In just 16 weeks, the building was completely restored and expanded. York Prep opened its new stately doors in the fall of 1997 to 188 students.

Today, York Prep is one of the jewels in New York City's private school crown. There are 350 students with a faculty and administration of more than 70 professionals. The Stewarts still infuse the school with their energy. Mrs. Stewart is widely known for her outstanding work placing students in top colleges. Mr. Stewart remains Headmaster, teaches the Ethics class to all seniors, and seems to be everywhere in the school at any one time. Teachers continue to be as strong as ever, with many of them now long-time veterans of York Prep.

What started as a young couple’s dream is now a very solid reality that will continue for years to come.